Marijuana Legalization In Europe: Is France Next

You Are Here: Home / Marijuana Legalization In Europe: Is France Next

Marijiuana, a divisive issue that normally resurfaces in Europe during election campaigns, has come home to France’s hotly-contested presidential race.

With eight months to go until the 2017 French presidential election, marijuana – or cannabis, as the French prefer to call it – is an honored guest meme in the candidates’ discourse, and a subject of intense controversy among the French electorate.

But hold on. The political debate is less about interdiction or legalization but, rather, about the nuances of what many are calling “an unavoidable course:” complete legalization or mere decriminalization. 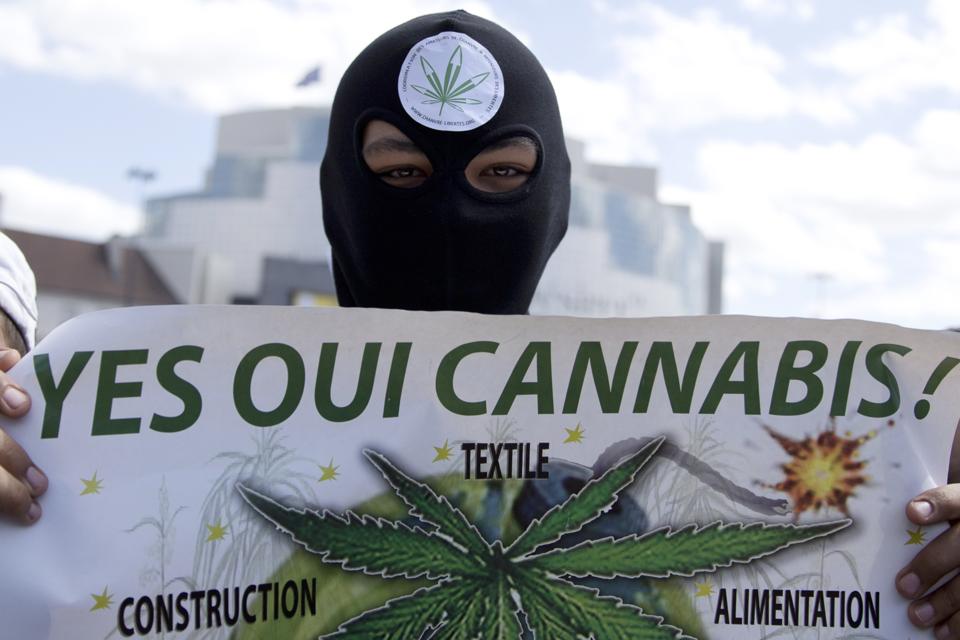 European legislation echoes international law barring consumption of narcotic drugs, although countries can choose whether or not to sanction its use. That detail has given rise to rather peculiar ways to dance around the law, or between the two alternatives.

Decriminalization means that the use or possession of cannabis is not a criminal offence but the production and commercialization continue to be outlawed, as in the Netherlands. 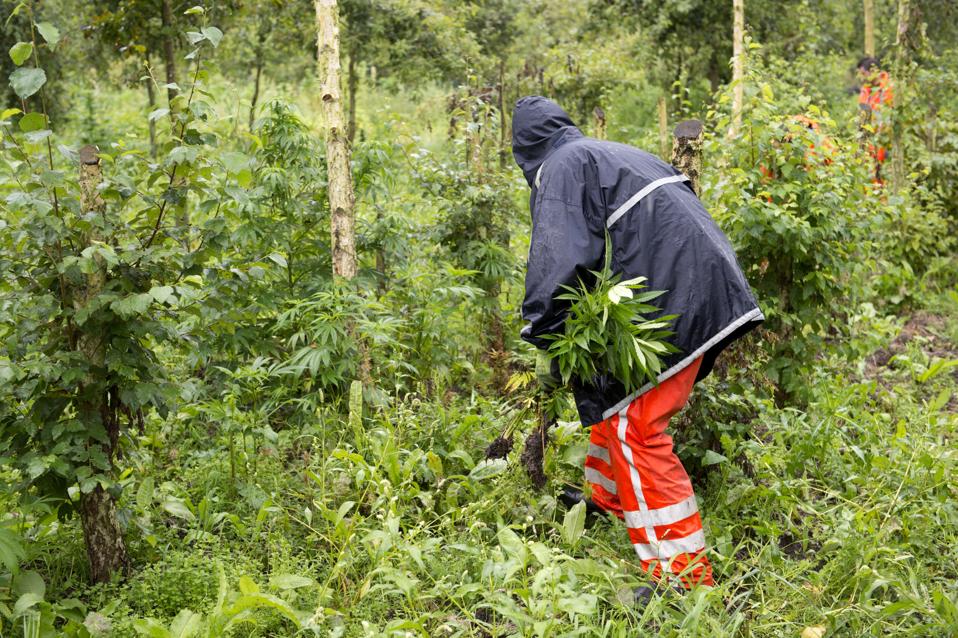 Police and members of a specialized team clear up a weed plantation with 18,000 plants in the Netherlands near the German border   Photo: Marcel Van Hoorn/AFP/Getty Images

Legalization puts marijuana at the same level as tobacco. It lifts the ban on the use, production and distribution. The state replaces the clandestine market, regulating both demand by excluding certain consumers, such as minors. as well as the commercialization through authorized controlled “pharmacies” or other venues.

None of the European Union members has completely legalized marijuana. Spain, Germany, Portugal and the Netherlands, among others, have twisted their laws to tolerate and frame the use and sale of small amounts through special dispensaries, recreational stores (coffee shops) and clubs.

It has also been “sort of” decriminalized or “semi legalized” in the Czech Republic, Belgium, Italy, Latvia, Luxembourg, Malta, Croatia, and Slovenia, where the fines are lighter, possession of personal amounts are accepted and legislation carves the difference between “light” and “hard” drugs.

The Czech Republic, for example, passed a law in 2010 decriminalizing possession of narcotic drugs in small quantities. The rest is still illegal.

Germany has a “special” regime of tolerance that makes the country one of the most lax, despite the fact that possession is still forbidden. It is expected that this year the country will approve licenses to sell cannabis for therapeutic purposes.

In 2001, Portugal became the first E.U. member to decriminalize personal use of marijuana, although cultivation is still criminal even if the crop is intended for personal use. Sale, too, remains illegal.

Analyses of the Portuguese law are positive: Consumption of drugs has slightly increased among adults and markedly decreased among young people.

In Italy, which some predict will become the next European country and the second in the world after Uruguay to legalize cannabis, possession is prohibited but not for personal use and in small quantities.

In Spain, cultivating cannabis on private property for personal consumption by adults in a private space is legal. “Cannabis social clubs” that organize those activities number in the hundreds – more than 300 in Barcelona alone.

At the same time, and as contradictory as elsewhere, cannabis sales are still illegal.

France and the rest of the E.U. consider the use of drugs, including cannabis, a criminal offense and its possession is always a crime, even if it doesn’t always lead to prison. Cyprus, meanwhile, is the strictest: Possession can be punished by up to eight years in jail.

More than 80% of the French think that the current punitive legislation, among the most repressive on the continent, is ineffective while 52% favor some degree of legalization and want to see the issue debated during this year’s presidential campaign, according to a 2016 Ipsos poll.

“In Europe, 12 of our neighbors have taken the side of decriminalization – for therapeutic purposes in Germany or Romania for example, or even recreational in the Netherlands, Italy, Spain or Portugal,” Le Point notes. “But France maintains a very repressive law that seems ineffective. Today, according to the French Observatory for Drugs and Drug Addiction, 17 million French have already smoked cannabis.”

Five of the seven presidential candidates from leftist parties are in favor of legalizing or decriminalizing the use of cannabis.

Among the most vocal in the debate are Benoît Hamon from the Socialist Party, who favors legalization, and Nathalie Kosciusko-Morizet from the rightist Republican Party, who opts for decriminalization.